Few things are as exciting to watch as your favourite basketball player rushing down the court and a shooting three-pointer as the final buzzer sounds. The energy from the stadium reverberates in the streets, homes, and communities of fans around the world.

The power of social filters for brand recognition

More than 600 million people use AR effects on Facebook and Instagram every month, adding up to billions of views in just a few months. That’s a lot of exposure for brands wanting to boost their presence on social media, build awareness about special offers, and provide a fun experience their followers will love and share with their networks.

Toronto-based agency, Upcoming Media is a North American leader in developing compelling web and mobile AR experiences with a specialized focus on Meta, Instagram, and Snapchat filters. Utilizing Spark AR Studio, a cutting-edge platform used by content creators, Upcoming Media is able to publish, manage, track plus understand the performance of their AR effects across Meta’s (formerly Facebook) family of apps and devices, to create these engaging, exciting AR filters.

Our team of tech-solution experts partnered with the NBA, WNBA, NCAA and Wendy’s to develop exciting basketball-themed social filters that celebrate each organization’s event.

The NBA 75th Anniversary Team, also referred to as the NBA 75, was chosen in 2021 to honour the 75th anniversary of the league’s founding in 1946. NBA 75, which comprises the greatest players in league history, was compiled by a committee of sports media, current and former players, coaches, general managers, and team executives as part of the league’s anniversary celebration during the 2021–22 season.

Our team developed an incredible, interactive AR Filter that can randomly pick five players from the All-Time Team inductees. Users record themselves using the filter to activate the randomizer and see how five of the best players of all time will be presented as their starting five.

Try the AR Filter for yourself!

The 2022 WNBA Draft, presented by State Farm, is officially in the books as 36 players fulfilled a dream to begin their journey as professional basketball players. After a pair of virtual drafts in 2020 and 2021, the 2022 WNBA Draft returned in person at Spring Studios in New York City. 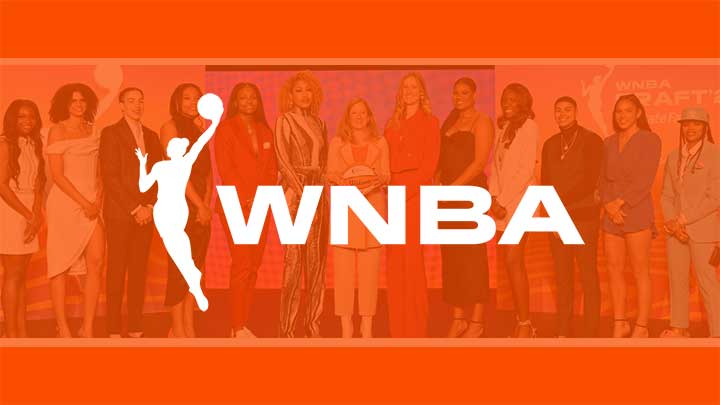 OUR SOLUTION – “Which Team Will Draft You?”

Upcoming Media created an interactive AR filter for the WNBA Draft 2022 event consisting of an interactive quiz where the user can pick answers by simply leaning the head to the left or right. After all the questions are answered, the filter presents the WNBA team they would be drafted to.

The National Collegiate Athletic Association (NCAA) is a non-profit organization that regulates student athletics among about 1,100 American, Canadian, and Puerto Rican schools. It also organizes the athletic programs of colleges and universities in the United States and Canada and helps over 500,000 college student athletes who compete annually in college sports.

OUR SOLUTION: “SHOOT YOUR SHOT!”

Wendy’s, a major sponsor of the NCAA March Madness event, wanted to create an interactive, challenging basketball game to help promote the event. Our solution is a three-shot, one sunk-ball-wins-all in which the user has 24 seconds to complete the game. However, the user has to shoot backwards instead of forwards, elevating the skill needed to sink the ball successfully!

Try the AR Filter for yourself!

Our AR filters “hit the three” and deployed them across Facebook and Instagram to engage billions of basketball fans with these incredible AR experiences!

AR Solutions in Toronto, Canada, and Around the World

Have a specialized need that will enhance your customer experience through AR technology? Talk to us! Upcoming Media can help bring your concept to life from the initial design and build stages right up through launch day. No matter how complex your idea is, our development team has the AR technology experience to create interactive solutions that your customers will love.

Connect with us at contact@upcomingmedia.com for more information! 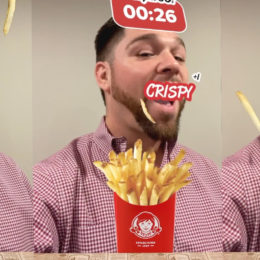